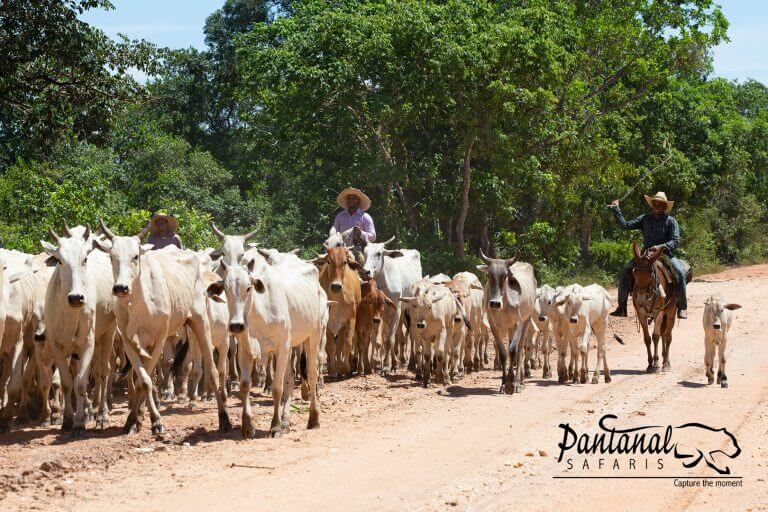 The positive impact of jaguar tourism

When a top predator such as the jaguar attracts nature lovers from all over the world, any country needs to protect its wildlife to its utmost ability. Jaguar tourism is on the rise in the Pantanal since it is the premier area on our earth to spot these magnificent creatures. Jaguars are the largest of the South American big cats and their place in the ecosystem of the Pantanal remains key to the area. For instance, jaguars keep a natural check and balance of animal populations. The jaguars’ beauty and stealth promotes their mystique to humans. Pantanal Safaris cater to their guests enjoying jaguar tourism that emphasizes sighting and photographing the gorgeous beasts. Let’s see how an in-depth scientific study guides policymakers to preserving and protecting the Pantanal for jaguar tourism.

The article proposes that the Pantanal enjoys the opportunity to promote valuation of its wildlife in the manner of African countries, such as Kenya. Kenya set aside ten percent of its land for ecotourism and conservation of wildlife. The Pantanal contains the charismatic jaguar, which needs a large range to support its prey resources. Jaguar tourism in the northern Pantanal centers around the protected areas of one national park, three state parks, one ecological station, two road parks and several private reserves. In the southern Pantanal lie numerous cattle ranches with attached hotels for lodging. Both of these areas serve the public by guiding guests during the dry season of June through November into the glory of the Pantanal. Only the national park has a management plan that establishes rules for the public’s use of the area.

Since jaguars eat cattle, ranchers face a double-sided problem. On one hand, individual ranches suffer losses due to predation by the big cats. On the other hand, jaguars form a tremendous drawing power to the local economy in general in the form of jaguar tourism. Private ranches gravitate towards the role of private wildlife reserves, in this case.

The resolution promotes rules about observing big cats. These include the distance observed between tourists and the jaguars, maximum observation time and the number of boats in any given stretch of river. For instance, a jaguar accustomed to handouts from tourists may turn dangerously aggressive towards humans. Such familiarity results in negative reports about injuries to both humans and jaguars. CONSEMA prevents overuse of the rivers to get close to jaguars, which stresses the animal into unnatural behaviors.

When the Pantanal reaches its full potential as guardian of the jaguar, the world respects jaguars as valued members of the ecosystem. By using Kenya as an example for forming policy, Brazil stands a good chance of promoting jaguar tourism in the way that lion tourism rules in Kenya. Everyone agrees that the beauty of the Pantanal needs exploring by judicious jaguar tourism guides such as those at Pantanal Safaris.