See a jaguar, save a jaguar. Last november we where interviewed on our view on tourism and the protection of jaguars. As local guides we find sustainable tourism and working together with education and conservation foundations like Panthera very important. Find out more in the interview below.

Picture the scene. You are floating down a river in Brazil’s Pantanal region, the world’s largest wetland. There you spot the muscular frame of a jaguar prowling on a far bank, South America’s biggest feline is out for a stroll. The next day that same jaguar happens to kill a cow at a nearby ranch and in return is shot by a rancher. Would you pay to save that cat?

Most ecotourists would, according to a study by Panthera. The non-profit, which is dedicated to the conservation of wild cats, found that 80 percent of tourists are willing to donate to offset the costs of jaguar predation. The study was part of an effort to assign a monetary value to South America’s biggest cat, the first of its kind to do so.

It’s an important finding, says Fernando Tortato, Jaguar Research Fellow for Panthera, the global wild cat conservation organization, as conflict with jaguars is the main threat to their survival in the Pantanal. Showing ranchers that living with the beast is worth much more than killing it could be the key to staying rancher’s guns, he says.

The plan now is to develop a scheme to put this into action. 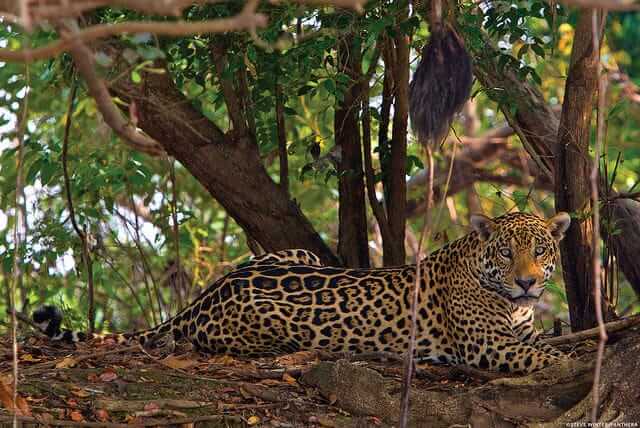 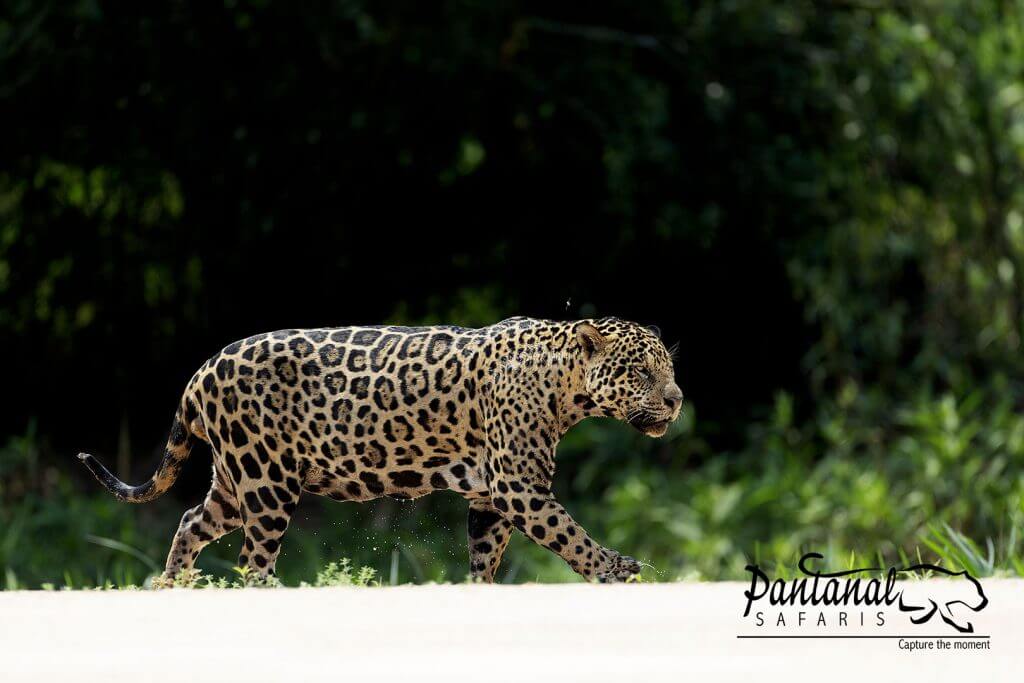 Along its range, which stretches from the bottom of South America all the way up to the Mexican border with the US, the jaguar is considered threatened, much more so in some places than others. However, the Pantanal, which spans 140,000-square-kilometers across Brazil and small parts of Paraguay and Bolivia, is considered a stronghold for the species.

For Panthera, the region is an important step in the organization’s Journey of the Jaguar, a trans-continental trek that will take scientists by air, land, and water across the jaguar’s range, and aims to bring attention to the urgent need to conserve the continent-spanning jaguar corridor. Recent studies have shown that there is only one species of jaguar, which means that for centuries, until human beings came along, jaguars have been connected throughout their range and able to maintain genetic flow. The jaguar corridor is the key to maintaining this flow.

“The Pantanal is like a hub,” explains Tortato. An abundance of prey and good quality, connected habitat has resulted in an incredibly high density of jaguars, he says. From the Pantanal, the cats can disperse to other parts of the continent following the jaguar corridor, and they do so.

The Pantanal is also renowned as the best, and easiest, place to spot jaguars in the wild during the dry season. Hundreds of tourists from overseas visit the wetland every year, many of them taking part in jaguar-spotting tours.

In the past Fabricio Dorileo’s family killed jaguars to protect their cattle but for the last twenty years they have been guiding tourists around the Pantanal, including the first National Geographic team to cover a story and snap photos for the magazine in the 1990s. He isn’t particularly surprised by Panthera’s findings. Tourists who visit the area and pay to see jaguars often tell him that they wish they could help out more, he explained via email.

He believes tourism has been helping to change the local mindset that the only “good” jaguar is a dead one, he continues. “This small thing is working and they are giving a ‘second chance’ for the jaguar,” he writes.

A tourist snaps a photo of a jaguar. Tapping into tourism-related income could be a boon for conservation in the Pantanal.

Tortato agrees that mindsets are changing. “There is a myth about the beast of the jaguar — that it’s dangerous,” Tortato explains. People from the Pantanal will tell you that jaguars are ferocious and will kill you given the opportunity, but this runs contrary to all available evidence. Attacks are “very, very rare,” he says.

But some ranchers, particularly the younger owners, are beginning to see the jaguar as a resource and not only a problem, he continues. “It’s a slow process and it’s not easy to change this perception.” 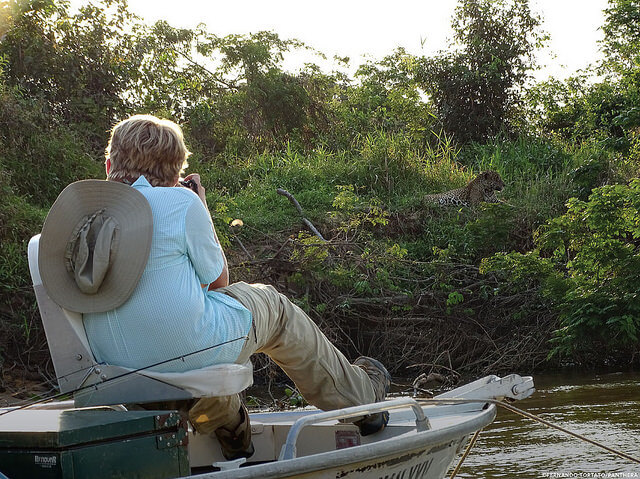 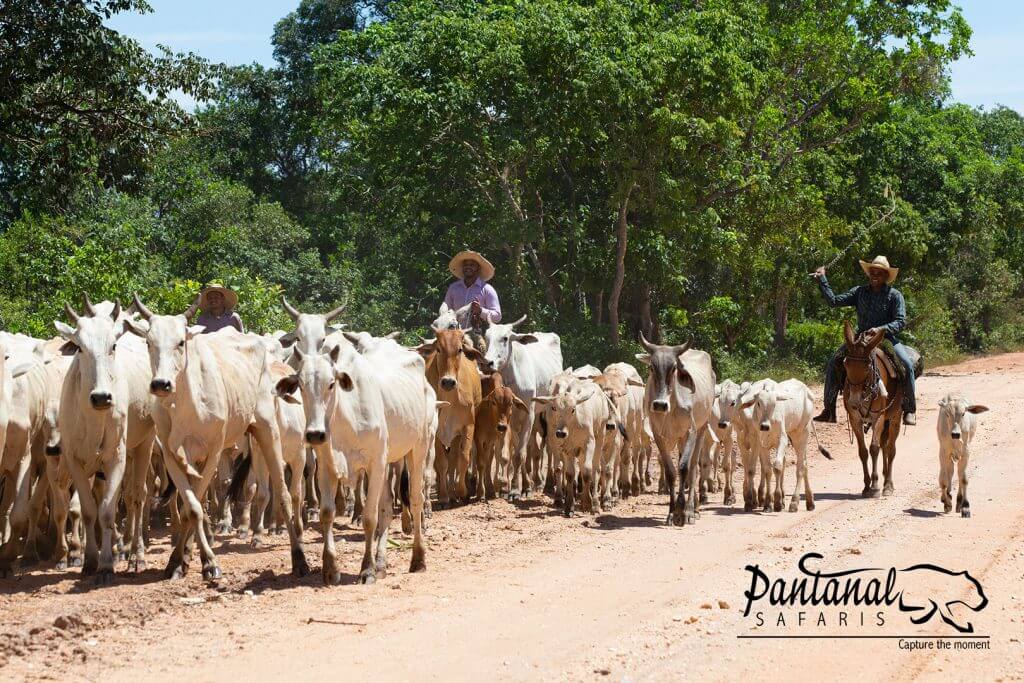 The Panthera research could help. According to the study, jaguar tourism clawed in around $US6.8 million in 2015 from seven lodges in the Encontro das Aguas State Park alone, whereas the cat’s penchant for killing rancher’s cattle costs around US $121,500. The profits from jaguar tourism are 52 times more than the cost to ranchers. And the study authors believe their findings are conservative, so the actual amount could be higher.

Making acceptance of panthers the norm across the Pantanal is the next challenge. He believes that by further integrating the tourism industry and ranches and by creating a mechanism by which ranchers are rewarded for protecting jaguars — not just paid for the losses they create — the long-term survival of the jaguar in the Pantanal will be assured.

The idea would be pretty simple. Tourists go off on their jaguar-watching trips and at the end donate a little cash that finds its way to the ranchers who may have lost some of their herd. The tour operators benefit from being able to use the ranchers land, while the ranchers no longer have to worry about financial losses: a win-win for everyone, especially the jaguar. (Read about a similar cooperative effort along the US-Mexico border here.)

Tartato says caution must be applied however. The compensation scheme isn’t a silver bullet to the problem of cattle predation. He estimates that at the moment only around 20 to 30 percent of the Pantanal is open to tourism. At best, he says, around 50 percent of the region could be opened to ecotourism in the future. Other areas are simply too remote. In the remaining, tourism-free 50 percent, the jaguar only represents a financial loss.

So while tourists paying to offset costs for the jaguar’s damage is bound to be a boon for conservation, Tortato envisages a project that goes further to fully integrate ranchers into a conservation plan by offering social benefits as well. “The problem with money is you have to come back with more, if one year the tourists don’t give anything, it’s difficult to administrate.”

Tortato explains that panthers are deeply imbedded in the local culture, and a symbol of the region. “It’s like Yellowstone and bears,” he says, “or Switzerland and chocolate.” Emphasising this aspect — that the Pantanal isn’t itself without jaguars — and highlighting the cat’s pivotal role in the ecosystem, remain essential elements in promoting tolerance of the beast, particularly where tourism dollars won’t be present. Improving access to schools, healthcare, and the like in areas which are often remote and isolated, he believes, wouldn’t hurt either as by providing access to what he calls “social compensation,” rather than just financial perks for not killing jaguars, the lives of people can be improved and tied ever more strongly to conservation.

These steps may a long way off in the future, however. In the meantime, improved understanding about the economic benefits of the Pantanal’s feared and admired beast can give conservation efforts a boost. The hopes are that the new research can be used to foster dialogue between ranchers and tour operators, eventually allowing tourists to do more than snap photos, but also contribute to the jaguar’s long-term survival.

“We are open to that,” says Dorileo. “I think it would work very well here in the Pantanal.” 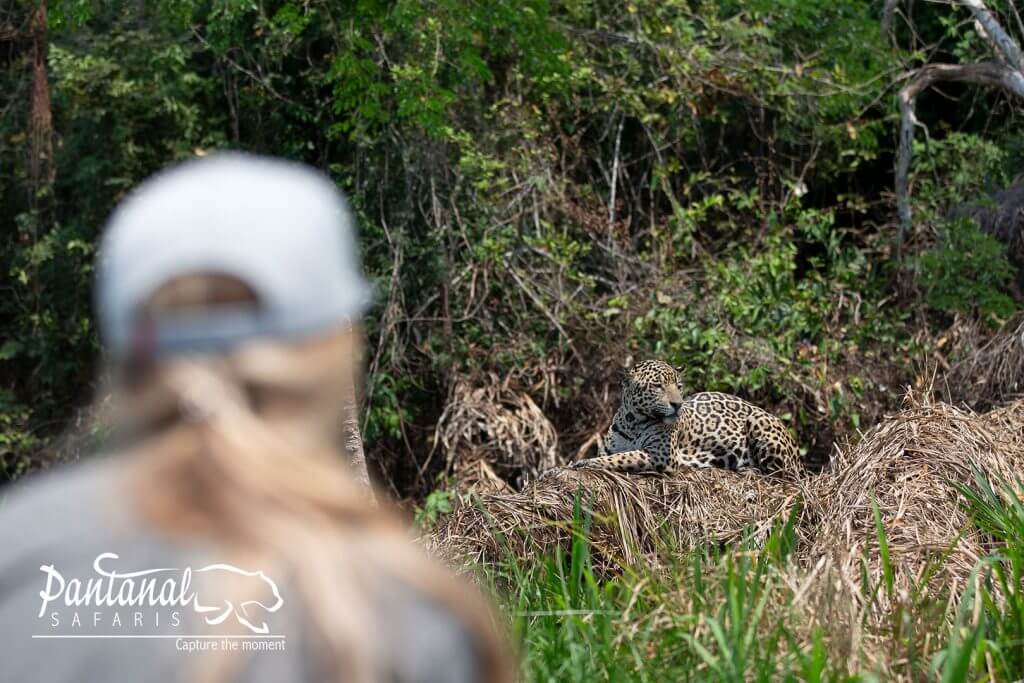